How to Protect Your Devices from Bad Guys 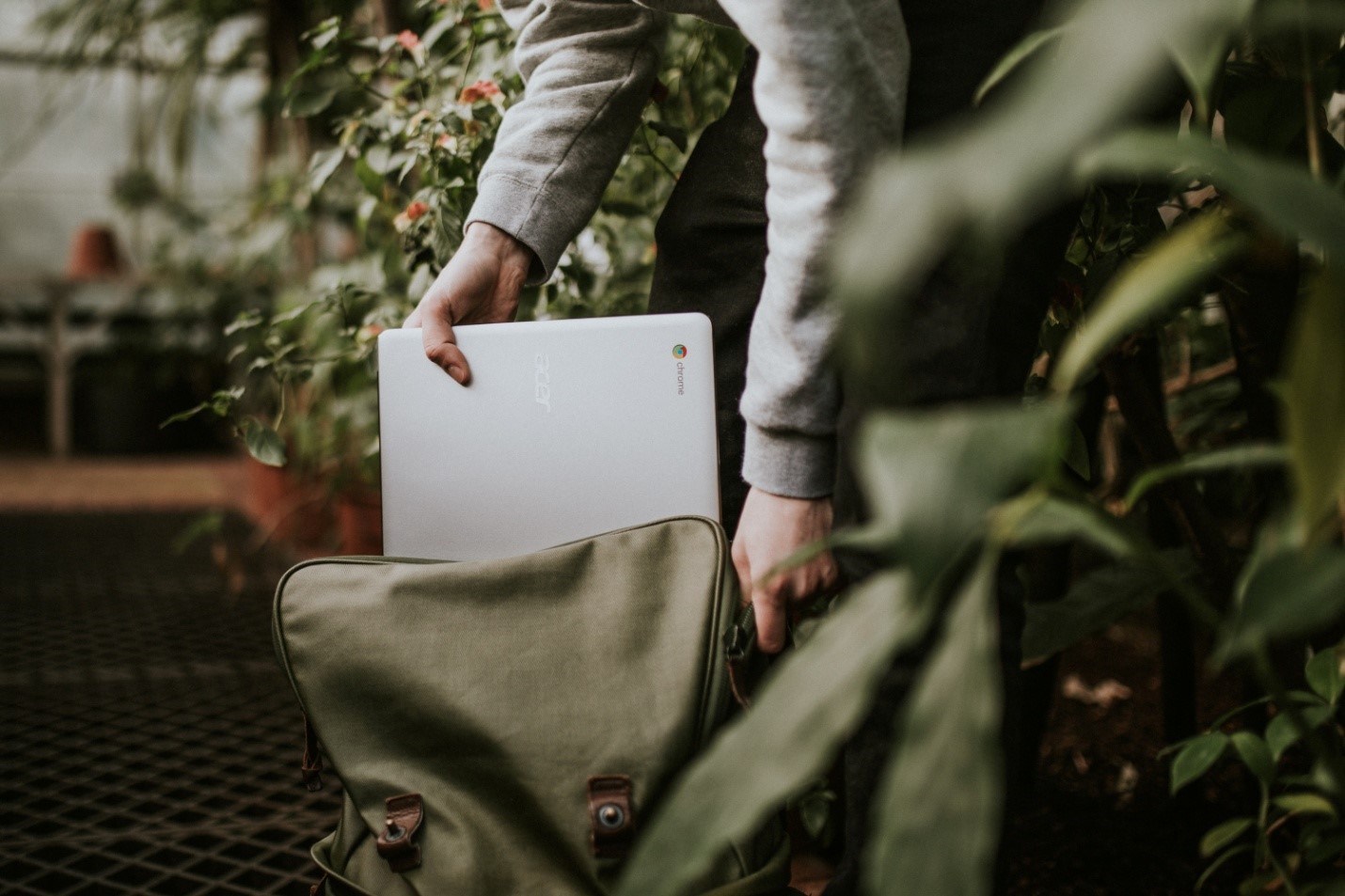 What exactly happens when a company device gets stolen?

Imagine that Richard is a loan officer for a mortgage company. He is behind on email and decides to take his work laptop home over the weekend. After a few hours at a coffee shop, he gets up to use the restroom. Two minutes later when Richard returns, the laptop is gone.

Are the files on Richard’s computer safe? If Richard has remote access to company systems, will there be a data breach? Can the thief access all of Richard’s accounts and client information? What exactly is at risk here?

Stolen laptops are more common than you might think.

Kensington reports that over 70 million cell phones are lost each year and one laptop is stolen in the US every 53 seconds.

The laptop thief’s hope is that he can gain access to all the passwords and sensitive information contained in the device. Selling stolen data is profitable; the device itself is not actually the most lucrative part of the theft. Getting a corporate device would be like hitting the jackpot then, right?

Well, it all depends on what kind of data protection measures the company has in place. For financial institutions dealing with sensitive personal data on a daily basis, it’s important to have a system with the most cutting-edge cybersecurity features in place.

MortgageWorkSpace, a platform that won HousingWire’s Tech100 Lending category for 2018, is one such system.

With MortgageWorkSpace protection, Richard’s stolen machine will remain on lock-down and safe from hackers.

The Windows Operating System on Richard’s computer has a program that encrypts system and user files on the device called BitLocker. The laptop also uses Windows Defender Credential Guard, a security program that uses virtualization to isolate sensitive files and keep unauthorized people from accessing that system data.

In Richard’s case, the thieves have no choice but to wipe the machine and lose all the data.

Great. Richard’s data is safe, but it’s all lost. What is he supposed to do about work?

Getting Back to Work

Richard still needs access to his files and the computer programs that he uses every day to do his job.

To make sure that Richard can return to work, MortgageWorkSpace has an advanced continuity feature called “lost device re-provisioning.” This means that when Richard’s device is reported stolen, the system shuts down his previous portal and passwords. When he authenticates his identity on a new machine, he will have all the same data from his previous machine and full access to work-critical programs.

This is the beauty of a cloud-based system like MortgageWorkSpace. All the system files are located in the cloud and not on Richard’s local machine. He doesn’t lose even a single day of work because of his missing computer.

MortgageWorkSpace uses Richard’s corporate credentials and multi-factor authentication to identify that Richard is not one of the sneaky hackers and he is back into the system on a different computer.

Richard’s company has other strict security options to choose from. For the authentication process, the company can require a user-created PIN to identify him as an employee. Some modern companies are even switching to biometric identification like fingerprint and facial recognition technology rather than PIN numbers, which can be guessed.

Whether low-tech or high-tech, the key is to have multiple authentication steps that are difficult for hackers to duplicate so that sensitive system data remains hidden from the prying eyes of laptop thieves.

More importantly, Richard’s company doesn’t experience a system-wide data breach. Forbes Magazine reports that nearly 41% of the data breach events from 2005 to 2015 were due to lost and stolen devices.

Thanks to technology, Richard’s customers’ information is safe and the company’s reputation remains intact. That’s what’ the most advanced security system has to offer the mortgage industry. . While the security gates are keeping the bad guys out, people like Richard can stay productive and customers can stay safe.

For financial institutions, this type of lost device re-provisioning feature is essential for business continuity.

Businesses protected by MortgageWorkSpace don’t need to worry when a company laptop or mobile device is stolen.  Contact us to learn more about cloud-based mortgage and cyber security solutions.